Janne Kaske started to play golf at the same time as his parents. He fell in love with the game from the first moment, even at only six years old. By seven, he would spend as much as four hours alone on the range, constantly hitting balls while his parents played 18-holes.

He studied in Augusta State University where he graduated with a Bachelor in Business Marketing in 2010.

A diligent and hard-worker, Janne has a long-term mindset. Knowing that he is continuously improving is what keeps him hooked on the game. Away from the greens, Janne is a guitar and music enthusiastic with a love for vintage rock.

In 2016, Janne obtained tour cards on the Asian Tour and PGA Tour China. In 2017, he received a qualifying spot in the Volvo China Open, his first debut in the European Tour.

Janne has been managed by Mr. Juha Ritvala/JR8 Sports since year 2014. 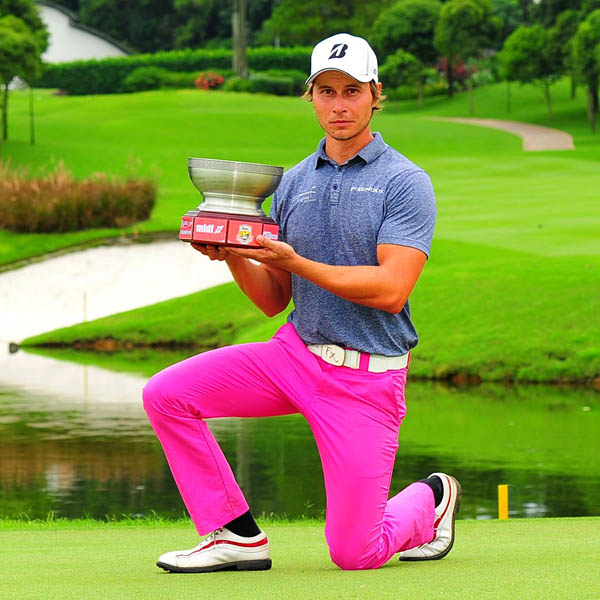